OzOutback: A bit of Background 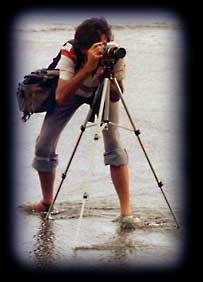 Originally from Friesland, the Netherlands, my main ambition was to travel. As soon as I finished University, I moved to Swaziland, Africa, working in Science Education for UNESCO and in a local school. It was a marvellous place to live; I stayed for almost five years in which I also traveled extensively in the region.

In 1975 I moved to Australia, lived and worked in Education in nine Aboriginal communities and three towns in the Northern Territory. I learned a lot about traditional Aboriginal culture, rituals, and language. This site started in 1999 as “OzOutback - The REAL Australia” emphasising the Outback and Indigenous culture.

In 2001 I moved to Cairns, Far North Queensland and worked for ten years in an indigenous school. Here students from the Aboriginal and Torres Strait Islands communities showed their cultural dances as well. During that time I started the website “WorldPics - Images of the World”, from my large collection of photographs, taken over about 50 years.

In 2014 I combined the two sites, and added more photos and video. In 2020 I relaunched WorldPics as a separate site again, showing photos in large format as slide shows. Because all photographs are mine, the emphasis is on the places I spent most of my time - and where I have taken pictures. Many places will have changed since I was there last: the photos and videos all have the date they were taken underneath it. This site then is a very personal view of Australia and the world.

More countries, photos and videos, old and new, will be added over time. I have a keen interest in a country’s history and the development of its national symbols, so there is also a section showing the flag history of each country. Over 700 videos of many more countries are at my YouTube Channel.